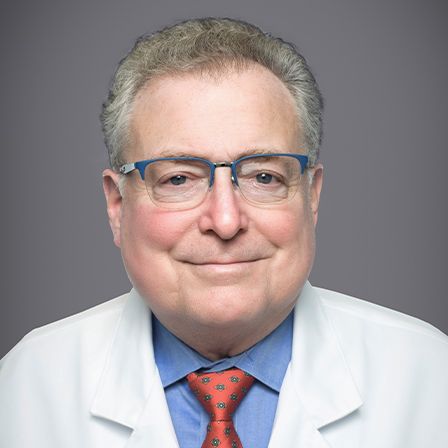 Robert Frankle, M.D., is a dedicated, experienced physician specializing in internal medicine. Over the last 30 years, he has managed outpatient, inpatient, and nursing home care on a daily basis. At Conviva Callahan, he leads a team of compassionate, patient-focused primary care professionals with a commitment to medical excellence. Dr. Frankle completed an internal medicine residency and an internship at Mount Sinai Medical Center in Cleveland, Ohio, in 1982. He earned his medical degree from the Medical College of Ohio at Toledo, in Toledo, Ohio, in 1979. He obtained a Bachelor of Arts from Ohio State University in Columbus, Ohio, in 1974. Dr. Frankle served as an internal medicine physician at the Veterans Health Administration in Jacksonville, Florida, from 2017 to 2020. He has seen patients in clinics and primary care settings since 1991, including Tamid Medical Group, Riverwoods, Illinois from 2006 to 2017, Anderson Medical Clinics in Wheeling, Illinois from 2003 to 2006, and Medical Arts Family Physicians in Gurnee, Illinois, 2002 to 2003. He served as Chairman and Member of the Pharmacy and Therapeutics Committee of Condell Medical Center in Libertyville, Illinois, from 1994 to 1998. Dr. Frankle was in private practice in Buffalo Grove, Illinois, from 1991 to 2002 and has served as a medical director in nursing homes, rehabilitation centers, and the Anchor Organization for Health Maintenance. He practiced as an emergency room physician at Kaiser Permanente Medical Group in Cleveland, Ohio, from 1982 to 1984. Dr. Frankle enjoys photography and walking his dog.

Find brokers in your market.
Conéctese