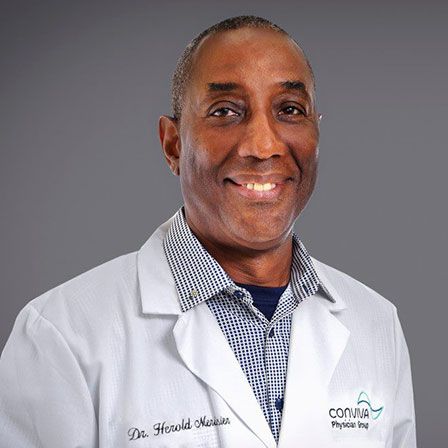 Faculty of Medicine and Pharmacy, the State University of Haiti

American Board of Family Medicine

Herold Merisier, M.D., FAAFP, is board-certified in family medicine and a Fellow of the American Academy of Family Physicians. At Conviva Care Center East Plantation, he leads a team of compassionate, patient-focused primary care professionals with a commitment to medical excellence.

He’s been distinguished as Physician of the Year by the Association of Haitian Physicians Abroad. He has received a Valor Humanitarian Award from the American Diabetes Association, AMA Physician Recognition Award, Gulf Atlantic Resident Award for Outstanding Performance, and Resident Teacher Award, Society of Teachers of Family Medicine.

Dr. Merisier was the Medical Director of Amicus Medical Centers in Plantation, Florida, from 2013 until joining Conviva in 2022. He has practiced family medicine in the area since 1998. He’s an Assistant Professor of Family Medicine and Community Health at the University of Miami Miller School of Medicine, a member of the American Academy of Family Physicians, Florida Academy of Family Physicians, American Medical Association, and Association of Haitian Physicians Abroad.

Find brokers in your market.