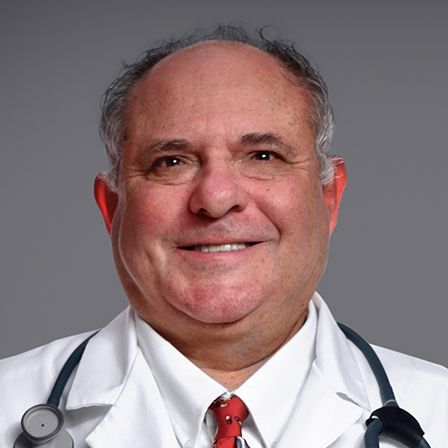 Mark Schor, M.D., FACP., a seasoned Internist, has been practicing medicine in Boynton Beach for over 30 years. At Conviva Care Center Oakwood Lakes, he leads a team of compassionate, patient-focused primary care professionals with a commitment to medical excellence.

Before embarking on his professional journey, Dr. Schor became an Eagle Boy Scout and earned a license to practice as an Emergency Medical Technician while still in high school. He obtained a Bachelor of Science degree in Chemistry from Boston College in 1977, and a Master of Arts degree in Chemistry from Brandeis University in 1979. At Boston College, he was President of the Premedical Club. He graduated with his medical degree from St. Louis University in 1983, then completed his internship and residency in internal medicine at Tufts University Hospitals in 1986. Finally, he completed a fellowship in pulmonary disease at Baylor College of Medicine in 1987.

While studying to become a physician, he joined the Medical Service Corps, serving as a US Army Reserve Officer from 1979 through 1986. Dr. Schor has been affiliated with JFK Medical Center and Wellington Regional Medical Center and has served as a Chairman of Medicine at JFK Medical Center. Recognized as a Fellow of the American College of Physicians (FACP), he attained board certification in internal medicine through the American Board of Internal Medicine (ABIM). The ABIM is a physician-led, non-profit, independent evaluation organization driven by doctors who want to achieve higher standards for better care in a rapidly changing world.

Dr. Schor has won awards for community speaking on wellness topics and has been an adult leader of the Boy Scouts. He enjoys motor boating with his son, Ben.